Medicine of the Pharaohs

Medicine of the Pharaohs

For Every Malady a Cure 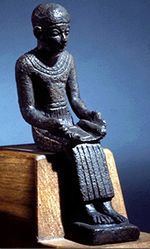 Of all the branches of science pursued in ancient Egypt, none achieved such popularity as medicine as it was based on an integrated scientific methodology and a system of medical schools. Under this system, the first of its kind in human history, the first school of medicine dated back to the first Dynasty followed by other reputed schools such as Per Bastet in the New Kingdom and at Abydos and Sais in the late period.

The first civilization known to have had an extensive study of medicine and to leave written records of its practices and procedures was that of ancient Egypt. The oldest extant Egyptian medical texts are six papyri from the period between 2000 B.C. and 1500 B.C.: the Kahun Medical Papyrus, the Ramesseum IV and Ramesseum V Papyri, the Edwin Smith Surgical Papyrus, The Ebers Medical Papyrus and the Hearst Medical Papyrus. These texts, most of them based on older texts dating possibly from 3000 B.C., are comparatively free of the magician’s approach to treating illness. Egyptian medicine influenced the medicine of neighbouring cultures, including the culture of ancient Greece. From Greece, its influence spread onward, thereby affecting Western civilization significantly.

Physicians learnt their profession at schools called Houses of Life. They were no doubt given some practical experience, but chiefly they had to study what was already written. They used to administer their treatments in accordance with a written law composed by earlier famous physicians. Medical texts were used not only as a fount of professional knowledge but also as a safeguard against possible failure.

Priests were the first to practice medicine as some doctors belonged to the priesthood. Some again were counted among the scribes, as shown in such titles as “chief doctor and scribe of the word of God. Many enjoyed ecclesiastical as well as lay titles. Like other professions, doctors had their own hierarchy. Besides ordinary doctors there were senior doctors, inspectors, overseers and masters of physicians and the Chief of Physicians of the South and the North, a kind of minister of health. Royal and palace doctors had special hierarchy and titles. There was even a degree of specialization quite remarkable for the time. Each physician used to treat one disease, and no more. There were plenty of physicians everywhere. Some were eye-doctors, some dealt with the head, others with teeth or the abdomen, and some with hidden maladies. Only members of the high strata of society were allowed to learn and practice this honourable profession. Moreover, a physician had to learn the science of drugs especially botany. Ancient Egyptians held physicians in so much high esteem that they raised Emote, the great physician (2700 BC) after his death to a sacred status as the god of medicine.

According to the ancient historian Billing, Egyptians used to examine bodies of the dead to know the cause of death. This should not look strange for such people, traditionally accustomed, as they were, to thorough pursuit of knowledge. According to the American historian Breasted, an authority on ancient Egyptian history, ancient Egyptian surgeons were highly skilled as shown in inscriptions. Clean wounds were treated by stitching and adhesive bandages. Other wounds were treated by approximating edges on the first day then with honey and astringent herbs. Moreover, fractures were successfully treated with splints. They used many methods to diagnose pregnancy and to know the gender of embryo before birth. They were the first to use Arabian gum in birth control. They were the first to use delivery stool, with special attention to paediatrics and the patient nutrition. It also appears that for some people, at least, there was a system of free medical aid. Ancient Egyptian chemists equally excelled in preparing and extracting drugs from mineral, botanical and, animal substances. However ancient Egyptian pharmacopoeia was mainly based on herbs especially vegetables and other foods. Drugs were used in pills and ointment form and drops. Dressings and deodorant preparations were also used. This is clearly shown in the Ebers papyrus which includes names of medical herbs of great medical benefit. 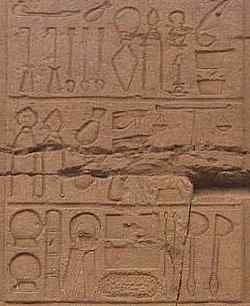 It is both interesting and surprising to know that the diagnosis methods currently used in the medical profession are no much different than those used by ancient Egyptian physicians several centuries ago. According to the Berlin Papyrus No. 154, an ancient report reads as follows: The patient suffers a great epigastric pain. He feels a heavy, hot and inflamed body. He complains of being unable to tolerate his clothes and feels they do not warm him. He feels thirsty during the night. His saliva has the taste of unripe fruits. His muscles pain him as if he walked for a long distance.

The Egyptians conception of the human body, then, was as a network of interconnecting channels and analogous to the branches of the Nile and the artificial canals of their own country. Notions of physiology and disease were all anchored in the concept of the heart as the centre of the organism. The heart was one’s partner: it spoke to a person in his or her solitude. It was at the same time the engine of all the bodily functions, not only of one cardinal function, the circulation, as modern science revealed. From the heart proceeded channels (metu) linking all parts of the body together. These channels, the Egyptians believed, conveyed not only the blood, but also air (reaching the heart from the nose, they thought), tears, saliva, mucus, sperm, urine, nutriment and feces, as well as harmful substances conceived to be the agents of pain and illness. Not only blood vessels were considered as metu, but also the respiratory tract, tear duct, ducts of various glands, spermatic duct, the muscles, tendons and ligaments.

As early as the 3rd Dynasty, there were already individuals corresponding roughly to the modern concept of a doctor. There were also surgeons who were known as the “Priests of Sekhmet”, as well as the ancient equivalent of dental and veterinary practitioners. The somewhat destructive and powerful lion headed goddess of war, Sekhmet was also considered to be the supreme deity of healing. The Priests of Sekhmet were the specialists of the day in medicine and surgery. A number of medical papyri survive today and these have provided us with a wealth of information concerning the Egyptians knowledge of medicine, anatomy and physiology.

Originally over twenty metres long, the Ebers Papyrus consisted of a list of some 876 prescriptions and remedies for ailments such as wounds, stomach complaints, gynaecological problems and skin irritations. Prescriptions were made up in proportions according to fractions which were based on parts of the eye of Horus, ranging from 1/64 to 1/2. The Ebers Papyrus is primarily an internal medical reference, although anatomical and physiological references are also included. 877 recipes and 400 different drugs were described, although for some unknown reason the scribe who wrote it did not finish the papyrus, and ended in mid sentence.

Thought to be the work of a doctor associated with a pyramid building workforce, this five metre papyrus deals mainly with problems such as broken bones, dislocations and crushings. Each of the 48 cases documented are divided into categories: “an ailment which I will treat”, “an ailment with which I will contend” and “an ailment not to be treated”. The symptoms of each of the documented cases are described in the papyrus, and where possible a remedy or cure is prescribed. The doctor writing the papyrus was aware of the circulation of blood throughout the body and clearly recognised that the condition of the heart could be judged by the patient’s pulse. This papyrus includes a vast experience in fractures that can only be acquired at a site where accidents were extremely numerous, for instance, as during the building of the pyramids.

The Kahun medical papyrus c.1900 BC

The oldest yet discovered, and dating from the reign of Amenemhat III, the Kahun Medical Papyrus describes methods of diagnosing pregnancy and the sex of the unborn, toothache during pregnancy, diseases and various ailments of women, and is particularly concerned with the womb and determination of fertility. Methods of contraception are also given, such as the rather unpleasant consumption of “excrement of crocodile mixed with sour milk”, together with remedies for urinary problems, problems in the abdomen and kidneys, and aching limbs with pain in the sockets of the eyes.

The Hearst Medical Papyrus dates to the first half of the second millennium BC. It contains, in hieratic Egyptian writing (a cursive form of hieroglyphic writing), eighteen columns with medical prescriptions. The ailments for which cures are offered range from “a tooth which falls out” (Col. I, l. 7) and “remedy for treatment of the lung” (Col. IV, l. 8) to bites by human beings (Col. II, ll. 6–7), and pigs and hippopotami (Col. XVI, ll. 5–7).

This contains the earliest known pregnancy test of “barley and emmer”. ” … The woman must moisten it with urine every day … if both grow, she will give birth. If the barley grows it means a male child. If the emmer grows it will mean a female child. If neither grows, she will not give birth.”

They contain sections on diseases of the eyes, gynaecology, diseases of children, muscles and tendons.

Deals at great length with snakebites. It speaks about remedies to drive out poison from snakes, scorpions and tarantulas.

Concerned only with the diseases and ailments of the anus and rectum.

One of the best examples of the Egyptian approach to healing, consisting of a combination of magical spells, rituals and practical prescriptions, all of which would have been considered equally essential to the recovery of the patient.